EcoWorks began operating in Haiti in 2009, taking root in the Lake Azueï region. Located directly east of the capital, at the border with the Dominican Republic, this region comprises the plain of Cul-de-Sac, the country’s largest lake, Azueï, and Haiti’s highest mountain range of La Selle, whose main peak is over 8,000 feet.

Located directly east of the capital, at the border with the Dominican Republic
Lake Azueï
Haiti 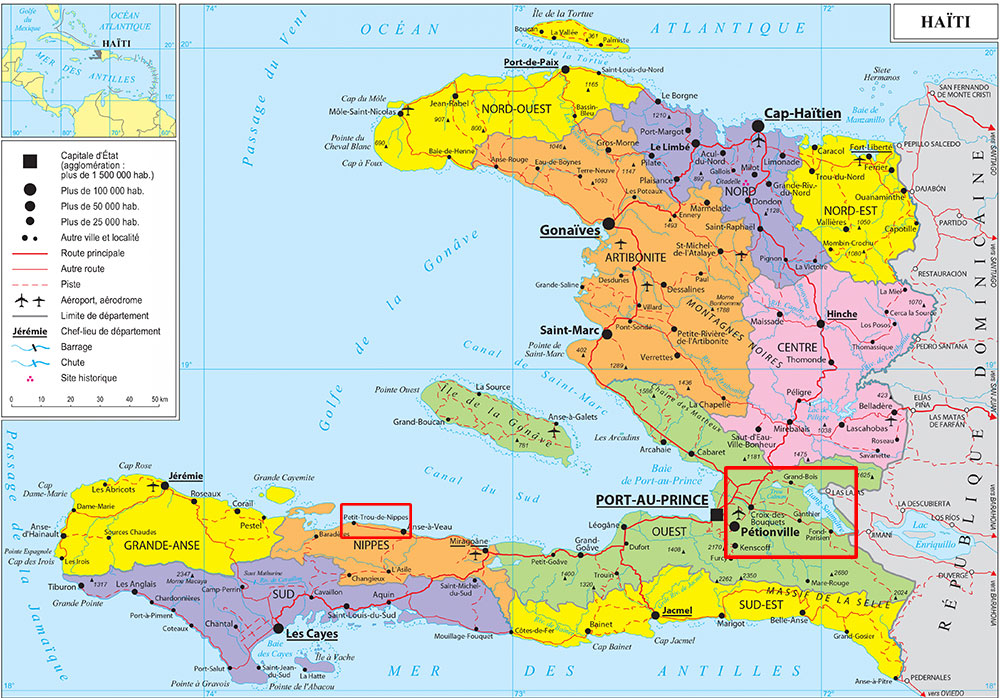 Where we are located?
TAP into the Ecoworks Logos

The region is divided into four communes  (administrative divisions):

Ganthier, Thomazeau, Fond Verrettes, and Cornillon. Altogether, these areas have an estimated population of 120,000.

Our operation is based in the Commune of Ganthier, the largest of the four communes, with 60,000 residents. Here we are opening three of the five planned regional cooperatives – the remaining two will open in the other communes once the country’s security is restored as those areas are overrun by a major gang.

However, when a serious natural disaster strikes Haiti, we respond regardless of the affected location.  This is why currently, we are also working in the southwestern peninsula, where we are responding to the August 2021 earthquake.

Among the region’s greatest advantages are

The main challenges in the Lake Azueï region are